For details of the latest church services go to https://www.pettnet.org.uk/church-services

The 2019 Sea Sunday service will be held at Pett Level. As usual, we will be joined by congregations from the Methodist Chapel, Guestling, and Fairlight. Guestling School will also be taking part. As in previous years, there will be a collection for The Missions to Seafarers, who do so much for sailors world-wide.

Please join us – bring a garden chair and a sun hat – hopefully! Refreshments will be served thanks to the Rescue Boat Crew. The Rescue Boat will also be blessed.

Both churches now have a new donation box.  The old one in Pett Church was well hidden and impossible to use.  Plus someone had managed to open the one in St Nicholas and it was no longer “safe”.  The new boxes are both placed by the entry doors and very visible.  Feel free to try them out with a few coins (or notes)!

Just a few photos of the Dedication of the Cross Ceremony on Sunday, 26 May and of Richard, the Bishop of Lewes rocking up on his Harley.
Thanks go to Roland for playing the music and Andrew Blackman for being coerced into doing the reading.
Also thank you to all those people who came to make the occasion special.   And those who brought cakes!
It goes without saying a big thank you to Rev’d Richard Barron who prepared the service.  And also, of course, to The Right Rev’d Richard Jackson, Bishop of Lewes, for dedicating our new cross, which was beautifully designed and made by Leigh Dyer.

We have our new metal cross!

The Cross was made by Hastings artist, Leigh Dyer and installed 12th April 2018.
Thank you to all those locals and visitors who donated money.

It has a beach theme and carries on the “arty” feel of the church (you may have noticed the ceiling artwork inside which were painted by the Hastings School of Art back in the 1930s). A MASSIVE thank you to all those who have contributed towards the cost, particularly the WI and the couple who gave a significant contribution last summer.  And thank you to Leigh Dyer for his beautiful creation.

And thank you to ALL of you who have supported the works at St Nicholas over the last two years.  Please continue to support us as we now try to do the same with Pett church.

After waiting so long for the cross it seems fitting that we should have a short dedication ceremony followed by tea and cake.  The plan is Saturday 26th May at 3pm and the sun will be out (even if it is a Bank Holiday weekend).  We have the Bishop of Lewes, Richard, coming, on his motorbike, to participate in the dedication.  Please come along and join us!

Wouldn’t it be nice to have an art exhibition inside/outside one weekend in the early summer?  Any thoughts, call me, Fran, on 01424 812964.

(All photos below courtesy of Fran Rogers)

In 1878 the Admiralty constructed a building on Pett Level beach for the local Coastguard.  Its purpose was to house the Life Saving Rocket Apparatus* used to help seafarers and fishermen in difficulties.  Hence it became known as The Rocket House.

In the 80 years since then, services have been held continuously, save for the years 1940-1945, when the church was closed as part of the general evacuation of Pett Level and the militarisation of the beach.

In 1959 a porch was added made from Canadian cedar.  Not much changed since then until 2015 was work started to repair the porch.  From there internal refurbishment took place, replacing lights and cracked glass in the windows, cleaning chairs and paneling, sanding the floor.  The vestry was also opened up to allow displays of old postcards, books to borrow or buy, and tea and coffee to be available to visitors.  In addition local artists such as Annie Soudain and Richard Baines have supplied cards.

In March we hope to have a new cross on the front elevation of the porch, designed and made by another local artist, Leigh Dyer.

All donations go to help the continued upkeep of both Parish churches.

*For nearly a century rocket launchers (designed by Robert Trengrouse) were a key part of the Coastguard’s ability to save lives at sea, by sending a line to ships who in turn would use it to secure a rope to their mast which would help haul sailors to shore with a chair.

Document typed by the Rector, Herbert Moxen, acknowledging the contributions from the parishioners for the new St Nicholas

St Nicholas – before restoration in 2015

Church chairs – before and after

Model of St Nicholas Church depicted in the north nave stained glass window in St Mary & St Peter Church. The window was designed by Lawrence Lee, who also designed some of the windows in Coventry Cathedral

(78 people attended the Christmas service in 2017) 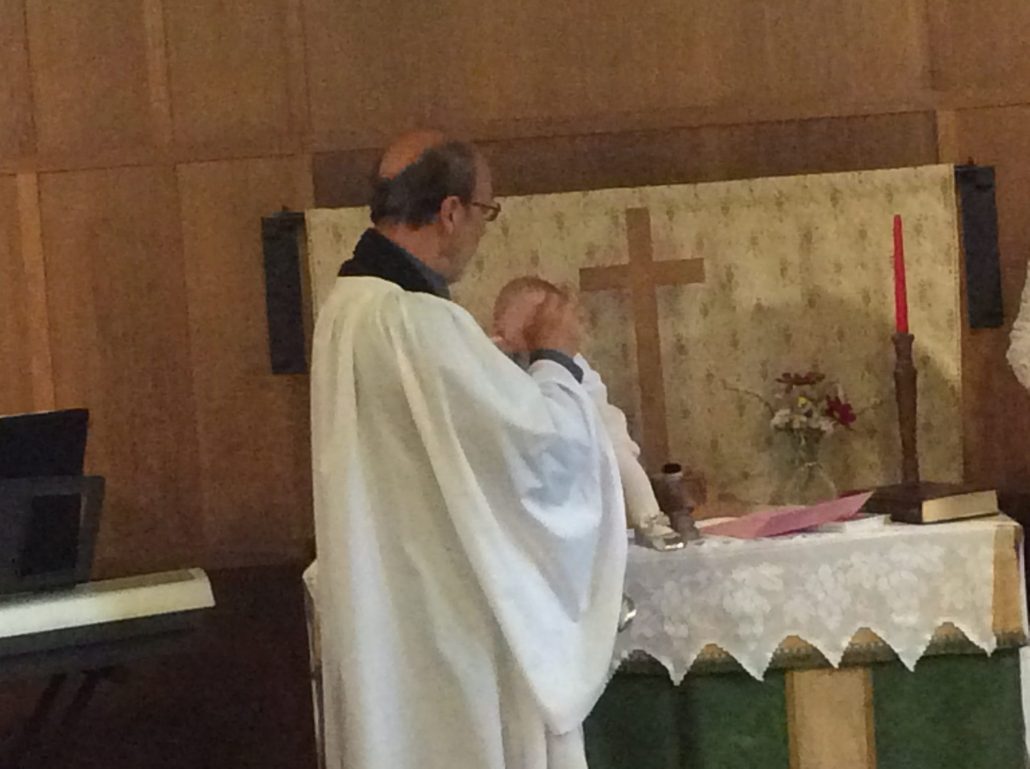 Parish Council Extraordinary Meeting will be held on Thursday 21st October, 2021 at 7:00 PM

will be held at Pett Village Hall. Members of the public and press are welcome to attend.